The student winners of the 2015 Demetriades - Tsafka - Kokkalis Prizes were announced at a special luncheon with the Demetriades - Tsafka – Kokkalis family. Alborz Mahdavi received the prize in Biotechnology for his work with David Tirrell developed a set of important new tools for analyzing protein synthesis in complex biological systems. Srivatsan Hulikal was the recipient of the prize in Seismo-Engineering, Prediction, and Protection for his work with Nadia Lapusta on linking macroscopic frictional properties of interfaces to their micromechanics. Lingwen Gan working with Steven Low received the prize in Environmentally Benign Renewable Energy Sources for his work on sustainable power systems and specifically the control and optimization of distributed energy resources in future smart grids. The winner of the prize in Nanotechnology was Niranjan Srinivas  for designing and building a system of DNA machines that, in bulk, implement an oscillator. Niranjan's advisor was Erik Winfree. 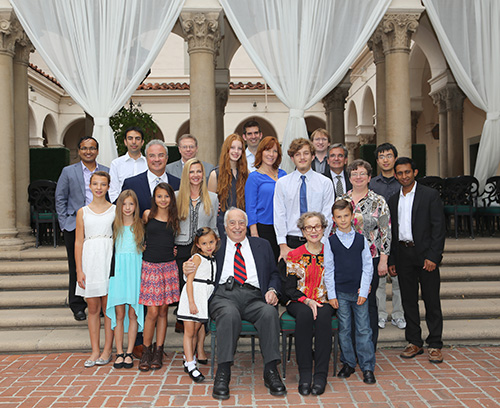 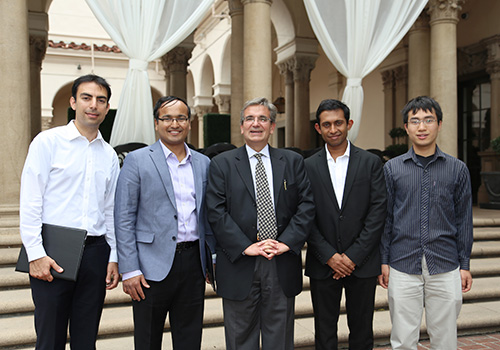